On this day in 1948 at Sutton Coldfield Cottage Hospital which was a Sunday Michael Alfred was born a son for Arthur and Elsie Abbott. This mad world was joined soon after by two sisters Jennifer and Margaret.

Gosh how do you remember 70 years I can struggle to remember last week sometimes (age I think). My early years were ones of play in the my home village of Minworth all sorts of scrapes, 30 aside cricket matches on the village green and just as many playing football. I joined the Boys Brigade in Walmley which saw me in 1966 be awarded my Queens Badge and The Duke of Edinburgh’s Gold award which was awarded in Buckingham Palace on April 22nd. My mum was there in the Place ballroom to see me receive the award from Prince Philip.

My working life began as an apprentice Electrician with the Birmingham Tame and Rae Drainage Board (now Seven Trent) culminating in being given my papers to trade as an electrician in 1969. I moved to Glasgow in August 1969 and had jobs with Scott’s in Finnieston and Boroughs Adding machines in Cumbernauld before securing a job with the BBC.

What took me to Scotland – I had met Margaret the previous Christmas (see previous posts). The BBC job was the most exciting of jobs working in the Television Centre and lastly in Glasgow where I eventually moved from engineering to production in 1978 and promoted to Head Of Sport (1988) in BBC Scotland before reorganisation changes various titles. I was lucky to travel all over Europe and attend four Olympic Games from 1992, three Commonwealth Games from 1994, Winter Olympics in Nagano 1998, World Cup in  Rapollo, Italy 1990 and ran Scotlands coverage of Euro96 from Stratford upon Avon.

See blog posts else where re early retirement in 2004, Open University Degree 2012.

Most importantly in my 70 years was the 45 years of marriage to Margaret and the birth and weddings of our three sons Steven, Philip and Matthew followed by 4 grandchildren. (See Blog for Margaret’s sad death in 2016)

Thanks to everyone who came along to my bash and especially thank you to Matthew and Fiona for organising it and me for not asking questions I had no idea who was coming.

The pictures are just some taken at the pre Birthday bash on Saturday May 5th 2018 yes that is me on the bouncy castle.

Thanks for reading – to be updated in many years at the next milestone in my life. 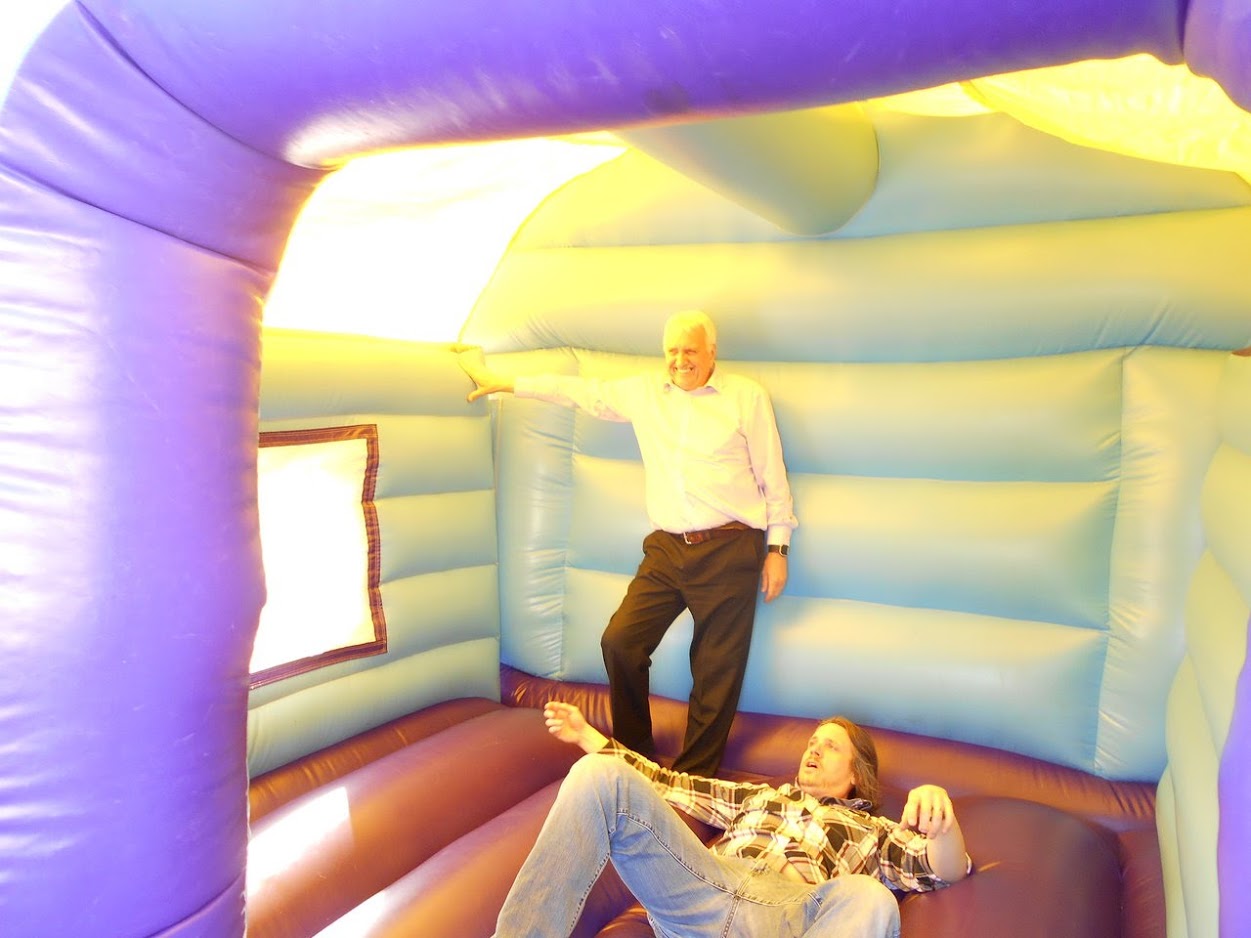 Got anything to say? Go ahead and leave a comment!